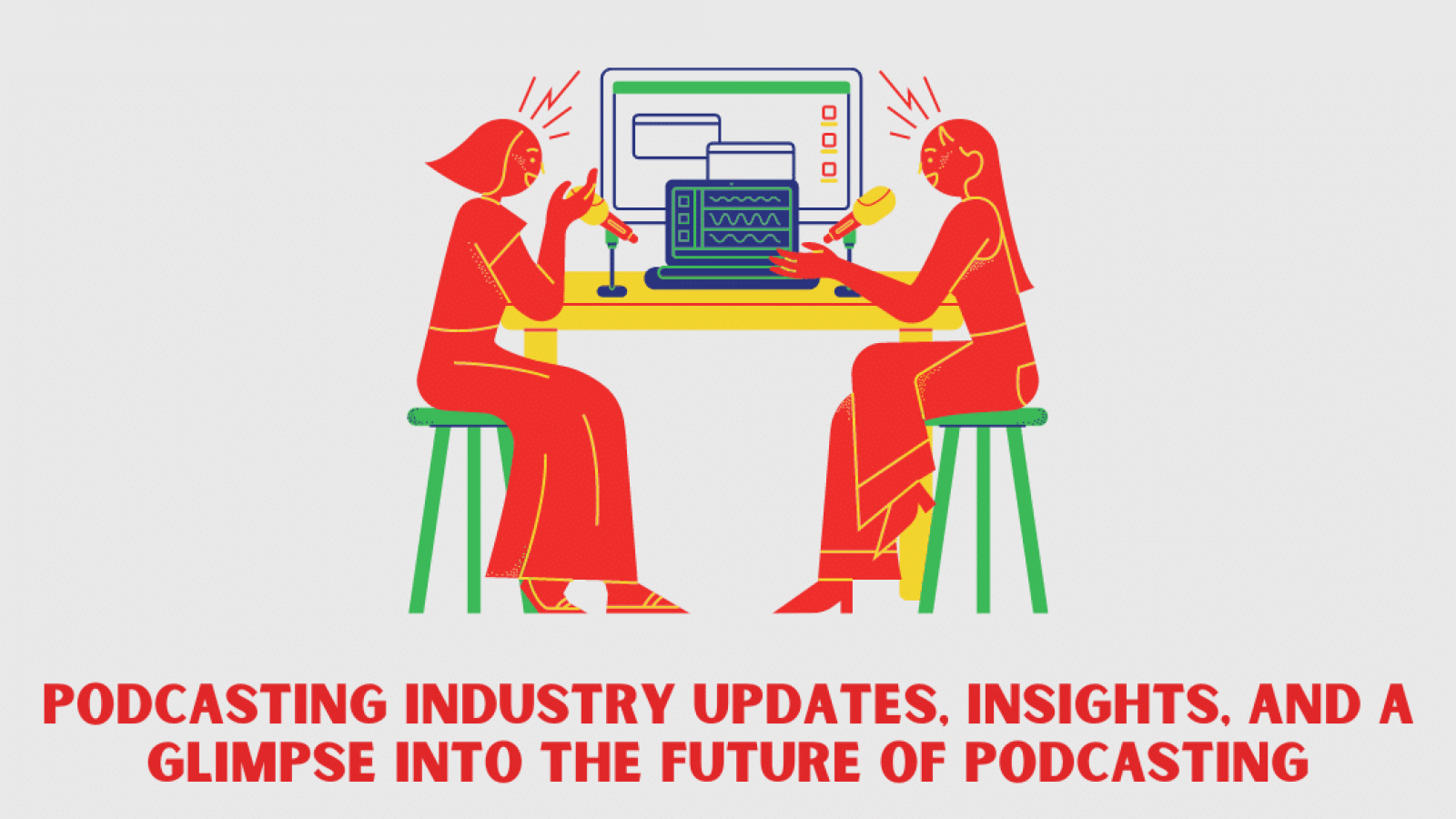 In this State of Podcasting address, podcasting industry expert and legend, Travis Albritton (From Buzzsprout), shares his insights into where the industry has come from, what’s happening today, and where it’s heading in the future. In addition, Travis shares some great upcoming resources and tools to simplify the entire podcasting process!

SELECT WHERE TO LISTEN 🎧 AND PLEASE REVIEW THIS EPISODE ⭐

WATCH THE VIDEO VERSION OF THIS BLOG POST/PODCAST EPISODE:

Read The Blog Post: Podcasting Industry Updates, Insights, and a Glimpse Into The Future of Podcasting

To start us off, is Zoom still the standard for recording podcast interviews?

It’s definitely the most common. If you are looking for something with minimal obstacles in the way of guests showing up to your podcast, Zoom is probably still the preference. At Buzzsprout, we just released a few resources on the best settings to use in Zoom to get better audio and video quality.

The last interview we did was at the start of 2020. Since then, podcasting and the digital media landscape has changed quite a bit. Have you seen a big shift coming into this year as we’re in a post-pandemic world now?

2020 and 2021 were really massive, not just for podcasting but all digital media. At Buzzsprout, we saw a massive uptake in people signing up for the service. There were periods of time when you couldn’t even buy a webcam on Amazon as they were completely sold out.

When we’re recording this right now, we’re about two months into 2022. We’ve seen that growth taper off, as could be expected. While many people continue to work from home or remotely, we’re slowly returning to the normalcy we had before.

That being said, the podcasting industry is still growing. To give you a scope of where we are at, we currently have just under 500,000 active podcasts publishing at least monthly. That’s significantly more than we were just a couple of years ago. 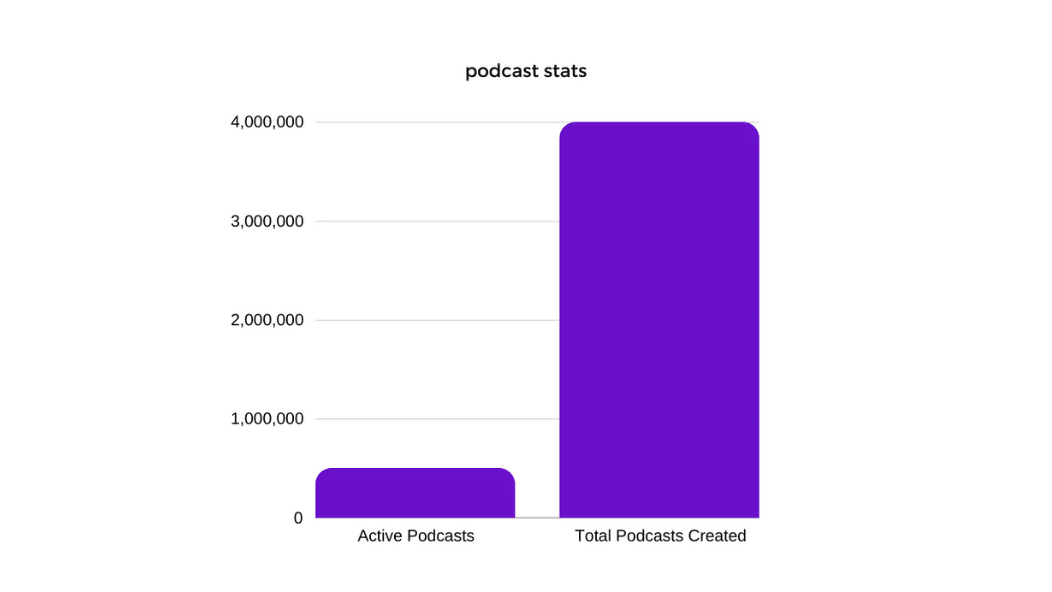 Podcasting is starting to become more mainstream, similar to how television, advertising, and banner ads have become standard practices for digital marketing companies and agencies. Some of these larger brands are starting to get into podcast advertising. We’re also witnessing a lot of acquisitions as traditional media players begin to make more considerable investments in the podcast ecosystem.

More people sign up every month for Buzzsprout and every other podcast host on the planet.

Nonetheless, podcasting is still in its infancy. So we’re very excited to see how things progress over the next couple of years.

There are over 4 million podcasts listed on podcastindex.org Spotify and Apple put the number at over 2 million now. Yet, less than 500,000 of these are active. What should that tell people that are podcasting today?

Buzzsprout publishes our global stats for all of our shows monthly. We show which apps are more popular among listeners. We also highlight what the median podcasting is seeing regarding download numbers.

That number typically hovers between 27 and 30 downloads in the first seven days. If your podcast episodes are getting 30 downloads within the first week, you’re in the top half of podcasters on Buzzsprout. That means, if you’re willing to put in the time and effort to stick with it for a long enough time and publish new episodes every single week, it’s not out of the realm of possibility to think that in the next year or two, you could have the number one show on whatever your niche is.

While podcasting doesn’t have as robust discoverability mechanisms as blogs and YouTube, the growth that you see with podcasting is much more durable. When someone becomes a listener of yours, they stick around for a long time and will likely listen to most of the episodes that you put out.

The shows doing well for independent creators are the ones that are hyper-specific to a group of people with specific questions, specific needs, and specific interests.

When podcasting first came out, you could go the general route and be like, “This is a podcast for all people.” That no longer cuts it. How important do you think it is for us to get a narrow niche for our shows moving forward?

This is because word of mouth is still the number one way people find podcasts. It’s not social media or advertising. Whether that’s being a guest in somebody else’s show, doing pod swaps where you swap episodes or trailers, or somebody says, “Hey, we’re having this conversation. I heard this thing on a podcast talking about that.

You should check out that podcast. “That’s how podcasts grow. Maybe in five years, that won’t be the case. But for now, word of mouth is still number one.

If you can become the number one default answer for a particular topic, that’s what will accelerate your growth. On the other hand, if you’re a podcast about nothing in particular, there’s no reason for people to suggest that others listen to you.

Are we still seeing an increase in people listening to podcasts? Not podcast hosts or guests, but people who are only listeners. Is that number still increasing as it was a couple of years ago?

Edison Research probably does the most in-depth analysis on this. It’s an independent group that tracks different media ecosystems, not just podcasting. They’re like our version of Nielsen’s ratings.

If you’re familiar with how T.V. ratings get measured, they continue to see year-over-year growth not just in the U.S. but also globally. Earlier I talked about all these big-money players like Spotify are starting to invest in podcasting.

We can’t undersell Spotify’s impact on global listenership for podcasting. In a lot of places, it’s the default way people listen to podcasts. We’re very iPhone-centric in the U.S., so we have a skewed version of what the rest of the world uses to listen to shows.

But 87% of the smartphones in the world run on Android. Currently, Spotify and Google Podcasts lead the global charts. We’ll also see what YouTube does over the next 2 years to contribute to a growing global audience. Some of the places we see huge spikes are in the Philippines, in Central and South America, with a lot of Spanish-speaking podcasts.

Even in parts of Asia and Oceania, we’re seeing huge spikes in listenership as Spotify, and other listening apps start to tap into those markets. 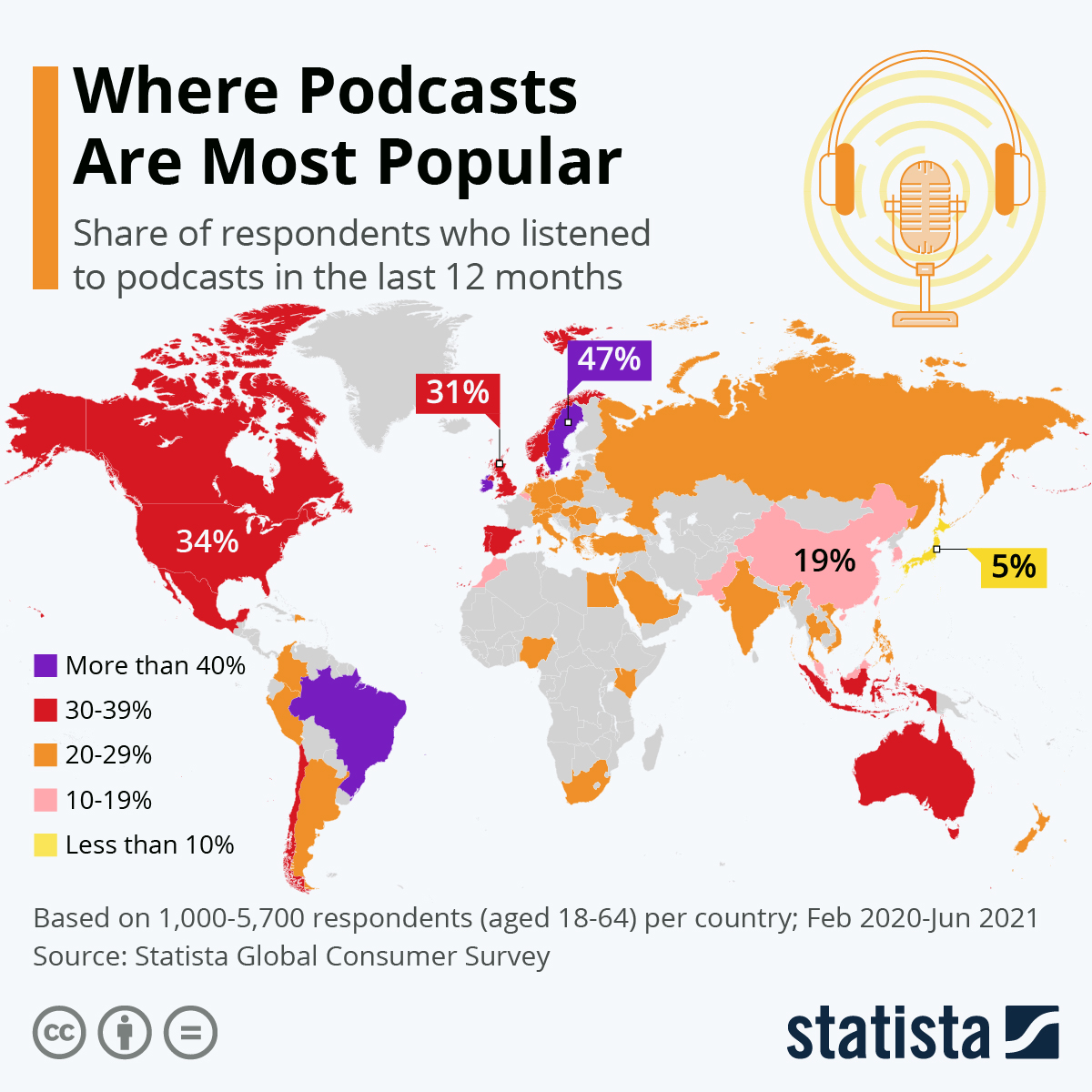 You Find more infographics at Statista
With so many acquisitions happening in the space, what does this mean for independent podcasters and their guests? Is this good or bad for us?

So if you’re a Spotify shareholder, you want Spotify to become the YouTube of podcasting, and that’s been their M.O. That’s what they’re going after.

As an independent podcaster, you want to be mindful of what’s happening. Not that any of us can do anything to stop it. But to ask yourself, How do I want to connect with my listeners? What are the things that I care about? For example, I know certain people don’t have their podcast on Spotify for one reason or another. The same is true of other platforms.

That’s why I hope we don’t get a YouTube-type dominant player in podcasting because then you don’t have that choice as an independent podcaster. If you wanted to remove your video content from YouTube because of something that YouTube as a platform has done, where can you go? Vimeo, Wistia? There’s no other place you can really go where you would also have an audience that could come with you and continue to grow.

Some podcast hosting platforms are now starting to offer programmatic ads dynamically inserted into your show. You could be talking about homeschooling one minute, and then a GEICO ad shows up the next!

The cool thing is podcasting is still very much an open ecosystem.

f somebody can’t find your show on one platform, they can find it on another. That’s something we should cherish for as long as we can.

We can’t control what big players like Spotify will decide to do. If they ultimately win the podcasting game, everyone will have to make a decision. But for now, we still have the opportunity to decide how we want our show to be distributed and how we want to connect with our listeners.

It’s hard to undersell how far technology has come. Back in the day, the original Apple Podcasts, iTunes, was a text directory. It was all manually, hand-coded RSS feed. Getting a podcast listed on a directory was an uphill battle. 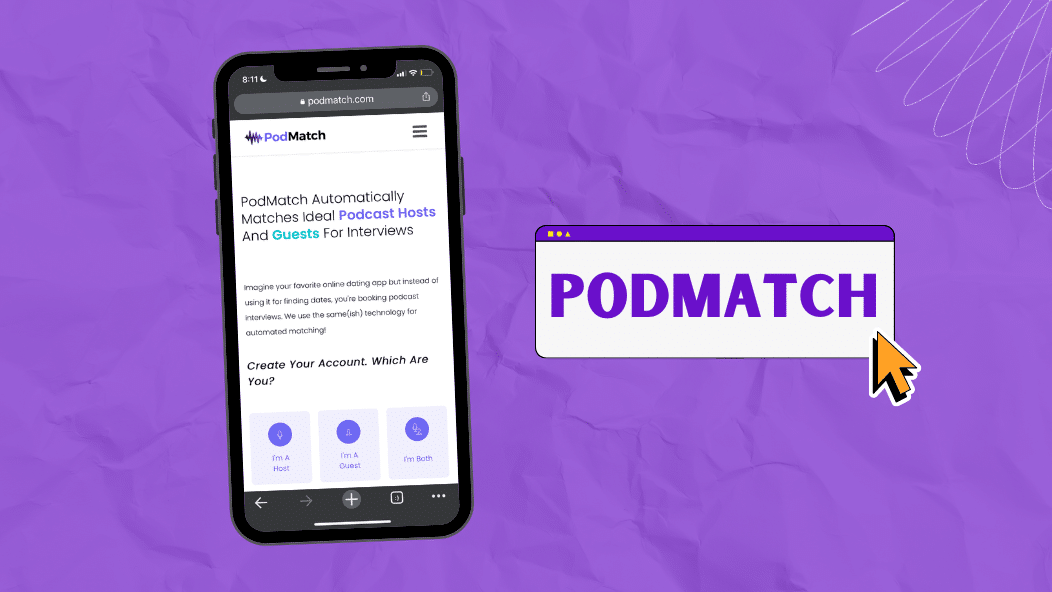 But that has changed. For example, I had never heard of PodMatch until I came across it on one of the leading industry newsletters. I checked it out only to discover you had thousands of people using the service.

There’s software being developed constantly. For instance, we are using Riversideto record this right now. Despite all the variable that makes it so difficult to record quality audio and video over the internet, they have been doing a great job.

Then we have the Otters and the Revs of the world. While these are great, I’m looking for someone who can create an outstanding & accurate transcription service for podcasting at a price point that makes sense for independent podcasters and do it in languages that are not English as well.

We also have Canva, which we built an integration for, to help podcasters with graphic design needs. People still judge your podcast by its cover art. So seeing platforms like Canva create podcast-specific templates and continuing to support the industry is something that I’m excited about.

We are also seeing more and more people with expertise from other industries start to overlap into podcasting and create podcast-specific applications.

To wrap it up, where do you think the podcasting industry is going?

Podcasting is going to age up from the sense that independent podcasters will create an ecosystem that businesses find valuable. We will see more business owners say, “You know what? This is a fantastic way for me to be my own media company. On podcasts, I can talk about the things that matter to our company, customers, and prospects.”

They are going to see podcasts as a networking platform to connect with influential people that can help their bottom line.

So it will be interesting to see more companies get into the podcasting game and how that will shift it from something that’s the butt of a joke to an incredible opportunity to be influential.

Travis Albritton has launched 10 podcasts in the last 5 years and is the Senior Producer of Buzzcast, one of the most popular podcasts about podcasting in the world. Formerly the Head of Content at Buzzsprout, Travis has been coaching independent podcasters for more than 4 years and recently started the Christ-Centered Marketing podcast agency to help Christian business owners launch shows of their own.